Orphanages housing many displaced children from Myanmar who have fled poverty and fighting in their homeland. The are in desperate need of food and the fuel to cook it, according to Peter Bradley, chief Asia Director of the Planetary Foundation, after visiting children’s homes on the Thailand-Myanmar border.

“Seeing children ask for rice, its heartbreaking”, the charity worker described the desperate plight of orphanages in Southeast Asia.

Elsewhere in Thailand, Abbot Phra Kru Samu-duen Poonyajaro, the leader of an orphanage attached to a temple, told CGTN their funds were almost exhausted. He runs Wat Bot Woradit Orphanage, home to 300 boys and girls aged from five to 18 at Ang Thong in central Thailand, and an attached school with a further 200 attendees.

Twenty years ago in desperate times the orphanage “borrowed food from the local village,” Abbot said, adding now they may have to do it again.

As many as possible have been moved elsewhere some back home, others to relatives or friend’s houses, but around 100 remain.

“We have been hit two ways,” said Abbot Poonyajaro. Since March “donations” of both supplies and money “have fallen by almost 100 percent.” 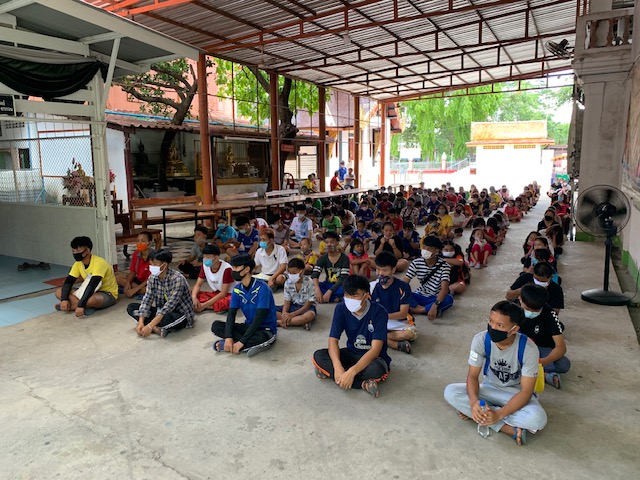 Many children have been moved elsewhere but around 100 remain at Wat Bot Woradit Orphanage. Martin Lowe/CGTN

Previously, foreign tourists visited and made donations; Thai supporters paid for food and supplies. But because of COVID-19 Thailand’s borders are closed keeping out tourists, and local donors have been put in lockdown and told to stay at home.

“People ask me how hard it is. I say some families have two or three children and can only give them rice and sauce – but I have hundreds of children,” said the abbot.

Bradley is chief executive officer of the charity Safe Child Thailand, which though based in the United Kingdom has been raising funds for Thai orphans and vulnerable children for three decades.

Since Thailand had gone into lockdown it was very difficult for tourists and local people to get to orphanages to make donations, he added.

People who would normally go with food and vital supplies – the economic impact on them having no job and less money was so severe they couldn’t donate – and because foreigners were not able to fly into Thailand there were no tourists, which meant those vital supplies were just not getting there, he added.

The organization has launched an urgent appeal after Bradley returned to London from a fact-finding tour to Mae Sot on the Thai-Myanmar border.

“Just imagine for one moment, children living away from their parents, or having no parents, and being fearful of this virus that they couldn’t see, but yet there’s still not enough food on the table,” said Bradley. 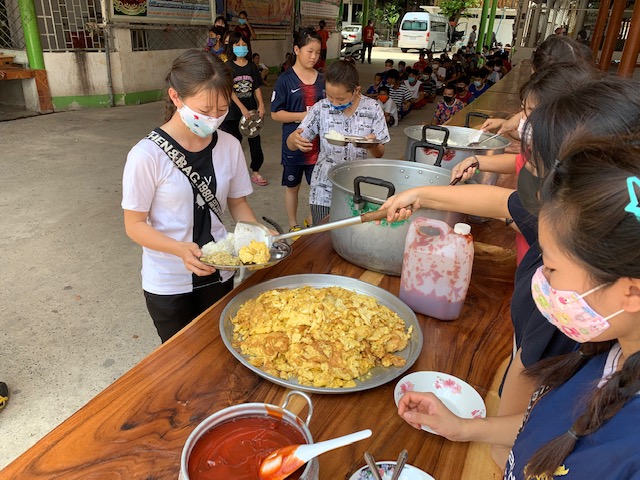 Food is running out and the orphanage may have to ask for rice to be loaned and paid back later. Martin Lowe/CGTN

Luckily Thailand had few deaths compared to other countries but the economic and social impact “has been devastating.”

That was why it was essential that “we have support from people around the world” because “COVID-19 is a global issue” and not just an issue affecting one country, said Bradley.

In Cambodia it is a similar story.

Sunrise Orphanage has cared for children for 27 years on the outskirts of the capital, Phnom Penh.

With donations coming to a halt it was on the point of collapse until an Australian TV report highlighted its predicament.

Thanks to a flood of donations it is now back in business – but there are concerns that hundreds of orphanages in the region are facing similar hardship.

They have been living off saved funds – but the money is almost exhausted. Even shampoo is in short supply.

They said in 60 years they had never asked the Thai government for assistance and did not want to be a burden now.

But in a major understatement the abbot said “Lending a hand would be very helpful, I would be lying if I said it wasn’t difficult.”